All According to a Documented Plan apart from one thing...

http://shundrallah.blogspot.com.au/2009/08/fabians-fabian-society-new-age-george.html
In the DODD Investigation , foundation minutes REVEALED "The Plan for ww1 ww2 and ww3" its all going to plan... look it up and see whats next "What the World Shapers, Forging the World have Planned for you"


For a Quick Reference

Check the foundation minutes Revealed in DODD's Investigation, The Plan is going down like clockwork... Apart from one thing


After 2001 "911", the Asian Mafias started Uniting... Old Enimies like the Triad and Yakuza were now Allies Against a Common Enimy "The Western Elite Bloodline Behind 911" which Their Ancient Texts From the Veda's to the Mahabharata to the Earliest Chinese and Japanese Texts Warned About Evil Ones that DECLARED WAR that Require Deva-Dragons "Enlightened Beings like you" to Walk Amongst Us to Protect Us and Slay the Immoral using the Diamond of the Mind and linked all the texts to explain this History and 5500 year Battle, and to know the RTA Purity of what was before this western bloodline began their Immoral Rampage

Now China , Russia, Iran, India, Indonesia, Brazil, Japan, Korea, and MANY OTHERS, have a FORMAL ALLIANCE that is holding off this plan...

For 10 years now AT THE TOP LEVEL of these Allied Countries, Financial Ministers AT THE TOP NATIONAL LEVEL have been Negotiating to Bring back a GOLD STANDARD, Removing US-NATO power to print $ out of thin air...
http://en.wikipedia.org/wiki/SUCRE

Gidafi was also apart of this "Eastern FREEDOM alliance" , and had Hundreds of TONS of Gold to make COIN for Africa!, Nato and the Allies looted Lybia For the Bloodline, Along with the Gold in National Reserves, and From Iraq... as Africa-Middle east Destabilization is the most important part of their Stated plan revealed by DODD to Allow Genocide Against Israel when the US-NATO Western Bloodline Forces Remove Military Support, this is also why the CIA Operatives, Mujaheddin, AL AKBAR = GOD IS GREAT, AL CIA DA = GREAT CIA DATABASE, Why the Western Intelligence Operatives have Destabilized the Middle east and Africa... Because the Plan was Written a Long time ago...


This Eastern Alliance after 911 is the Biggest Coverup by the West "As no False Flag Will Work to start WW3 if the Western Sheople Learn the East is your Friend!", Google wont even let you search for anything like "Asian Mafia Crime Families Unite After 911" or "NO DRAGON SLAYING" Even tho Both Quotes are here in a Blogspot linked to Google :)
http://globalslaves.blogspot.com.au/2012/01/trillion-dollar-lawsuit-against.html

The West has been trying to Disrupt Asia since the 1500's for a Long time Asia held out, Even the Sassoon Family who have a Ranch Next to the Bush Family Texas Ranch have been the Opium Dealers in Asia for europe like the Bush's were in America for European Families, "Sassoon Family were Given Baronet Titles By royalty for Their Service" and Heavily Involved in the UNIFICATION CHURCH, were recently CULLED, as the Asian Crime Famalies United and Began Purging the Foreign Meddlers , Anyone "Undercover" with Proven Facts Linking them to Knowingly Helping Western Medlers was Assassinated with even old Swarn Enimy Famalies working togeather to defeat a common enimy and bigger threat! "AND THIS NEW ALLIANCE INCLUDED SHARING INTELLIGENCE , MANPOWER, LOGISTICS, EQUIPMENT, TECHNOLOGY, even to the point that previous Crime families and Nations who would never even allow someone of the other clan or Government to even see a leader, or Advanced Tech, were now allowing permanent liaisons assigned to insure fast accurate communication between Asian Underground Factions and Governments so foreigner "Provocateurs" could not cause a False Flag and Destabilize their Alliance! "Seen as Tourists or Businessmen Killed by Local Criminals, Rather then Assassins with Proof of "Targets" being Spys" this is why for 99.99% of people traveling to These Eastern Alliance Countries are perfectly safe they are moral and are only targeting people trying to be infiltrators and spread corruption who know they are working for the Western Bloodline elite AGENDA..."

This is Confirmed as the Main author of Disinfo in this Area has been Outed by the Truth community as an MI5 AGENT!
http://2012thebigpicture.wordpress.com/tag/white-dragon-society/
http://shiftfrequency.com/tag/white-dragon-society/
He was Pushing the "White Dragon" Disinfo terminology, when infact its the Eastern Dragons Slaying the Dragon Slayers of the European Royals and Roman Emperor-Pope Church... 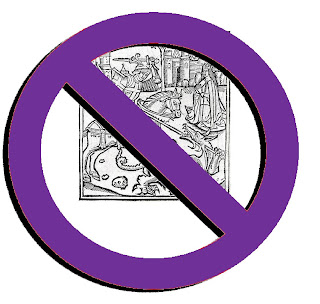 Iran has a Mutual Defense Pact with Syria, Syria is now being taken over by ALCIADA muslim brotherhood western intelligence Backed, Funded, Trained and Logistically Moved from Lybia to NATO PROVENCE TURKEY to Launch ALCIADA backed Terror on Syria

Iran Is in full communication with the Russian Government, and is Supplied Advanced Military Tech, Iran and Russia have a Military Defense Pact...

China Has a Mutual Defense Pact with North Korea, Indonesia, and almost all the Asian Countries

India Has Pacts with Brazil and South Africa http://en.wikipedia.org/wiki/IBSA_Dialogue_Forum

AKA Syria, Iran, Russia, India, China, North Korea Brazil, South Africa, South America "and a lot more" all get involved if one is attacked "That is 80%+ of the Worlds population for the record"

Its Obvious What the 2 Sides Are, Its Obvious to Why they are Fighting, Yet 99% of Westerners are totally Ignorant and being Positioned Like Ignorant Patriotic Pawns to the Slaughter in a Sick Elite chessgame...

Digital Upgrade SSSS is already Beaming Apathy and Boredom in to people... The Art of Mind Control is well Documented... the New Tech is hardly Known About, Yet Scholars talk about the Ethical and Defense Applications

We can thank the East Later for giving us the time "From this Stalemate" to have a Global Revoloution and End this War for Ever! "The Chance to Fix this Lies with the PEOPLE of the WEST Rising up and REMOVING THE IMMORAL ELITE! The Longer you all take to Act the more people suffer...


The Western Bloodline has one Trick up there Sleeve, Using TR-3B Advanced Tech along with Bluebeam "Holograms, Mind Control and Haarp" it will seem like aliens are attacking while this advanced tech will be used to decimate the Eastern Alliance..

For know the Focus is DODD read the Foundation Minutes, and their PLAN is on RECORD
This is a 5500 Year old MORAL FIGHT FOR FREEDOM
A 12 YEAR OLD GIRL worked this out by her self, Most of the East has worked this out, Have you?
Posted by Shundrallah at 11:59 AM