BOSTON BOMBER "SETUP PATSY" WAS UNARMED WHEN HANDCUFFED AND SHOT IN HEAD, reports all the MAIN NEWS SITES! "GOOD WORK TRUTH SEEKERS AND SHARERS putting MORAL PRESSURE on the MAINSTREAM"

BOSTON BOMBER "SETUP PATSY" WAS UNARMED WHEN HANDCUFFED AND SHOT IN HEAD, reports all the MAIN NEWS SITES! "GOOD WORK TRUTH SEEKERS AND SHARERS putting MORAL PRESSURE on the MAINSTREAM"

Independent News and everyone with enough Inteligence to Seek Independant News is a Sign A Sign of Truth spreading Faster and People Acting on the Factual Truth , the people are becomming Allert Faster and RISING UP, Thousands of Phone Calls, Emails and Tweets have been sent to each major media outlet informing them "DO NOT SIDE WITH THIS CONSPIRACY IT WILL BE REMEMBERED" and Finally Good people are Speaking up...

It was Obvious when the Photo of the Setup Patsy  BOSTON BOMBING Victim was Leaving the Boat unarmed and UN-SHOT, and was then HANDCUFFED and SHOT IN THE HEAD so he couldn't talk, to SET HIM UP 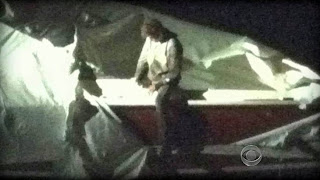 The people are on the Verge of a Global Revolution, The Awakening the Immoral Elites are Terrified of is about to happen...
History 1381 is about to repeat Globally

The Immoral Elites should be warned, they have setup the Board and Positioned their peices for the next False Flag to install Martial Law to Role-out their Final Solution "Restoration of their old IMMORAL ways TO TAKE YOUR CHILDREN'S VIRGINITY!"...

Good people in the Local Communities of all Nations and Cultures
Good people in Law Enforcement,
Good people in the Military's around the World,
Good people in Government,
Good people in Media,
Good people everywhere are waiting for the Immoral Elites Next Move...
Waiting for "The Next Planned False Flag" to wake enough people up so that the good people can go in to action UNITED and begin rounding up those conspiring in this global plan, removing them all from the positions they have infiltrated... and having a fair transparent trial for all accused, resulting in those found guilty by their peers by jury will hang for partaking knowingly in this conspiracy, regardless of their position in the hierarchy... 1381 History Repeating on a Global Scale giving FREEDOM from Oppression, MORAL EQUALITY TO ALL EVERYWHERE !

Stop Zionism!
The Awakening is happening NOW!
Semper Fi !!!
Say NO to DRAGON SLAYING !!!
Would you Like to Advertise with your Link here or in the New Magazine & Website?

Posted by Shundrallah at 2:28 AM